The DJ Steele Construction office feels like a family member’s home.  The exterior of the South Minneapolis business blends into the other neighborhood homes.  As I walked in I was greeted by the warmth of two smiling faces, both asking, “Are you here for Don Jr. or Don Sr.?”  Don senior was taking a lunch break catching up on a Jamaican soap opera, reminiscing about the country his family immigrated from in 1981. 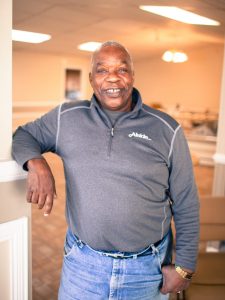 “My father was a contractor.  I worked for his company and learned carpentry skills.  Then I went on to trade school in Jamaica,” Don Sr. shared.  Ten years after coming to America he started DJ Steele Construction, and has built a company with his wife and sons that has lasted through tough times.

Don said he could have worked for bigger construction companies, but he wanted to start something of his own, with his family.  But between lack of access to capital and a constantly changing economy the road to success hasn’t been easy.  Like many families of color, securing financial resources, whether for a business or a home, can be met with barriers.  “We were limited in the loans we could access.  We could only get $10,000 when we needed $50,000, so we had to use our own cash to pay for projects.  All we needed was a fair chance,” Joyce Steel said about building the company early on. 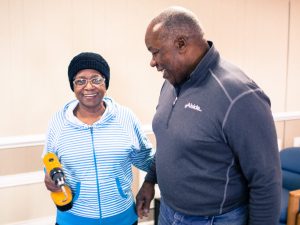 During the Great Recession DJ Steele Construction, like many businesses, faced the decision to cross their fingers and keep grinding or to shut down.  Nobody was building and cash stopped flowing, but PRG found opportunity where there was blight.  “I give credit to our business staying alive during the recession to PRG.  It was scary.  We made just enough to pay bills, “said Don.

PRG is driven to narrow the homeownership gap and address racial disparities by working at the invitation of neighborhoods to rehabilitate vacant houses into beautiful homes to live in, and partnering with minority owned businesses for construction contracts.  “PRG made a big difference on the North Side since back in the 90’s when nobody was doing anything.  I was right there with PRG doing neighborhood revitalization,” Don shared about his long-lasting relationship with PRG.

For too long our communities have faced racial disparities that divide and displace individuals, families and neighborhoods.  There is no silver bullet solution to these problems, but we can take small steps to chip away at these issues and support each other along the way.  PRG is proud to share strong outcomes in our collaborative equity work in 2017 including: 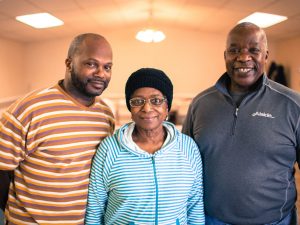 Don said he’s always believed strongly in housing as an essential human right, and in the need for quality, affordable housing.  “I take pride in owning a home and building homes for others.  A home guarantees assets and a future for your kids.  In Jamaica we say your home is your castle.”

Here’s to DJ Steele Construction giving an opportunity for all families to have their own castle.